Spun Salutations to you, on this bright and sunny spun day and Spun Congratulations to our latest Spun Majesties, neither of whom are strangers to the honour - sam_reynolds01 King of the EU and StealingHearts, once more Spun Majesty of North America! All Hail!

Before Uncle Spun regales you with the details of yesterday's spun contest he would like to say a few words on the subject of... well, competing. One has noticed that occasionally when one of our celebrated erstwhile Majesties enters the coronation contest, and indeed especially when by their own hard efforts they win it again - they become the target of some unspun abuse. Uncle Spun can totally understand that perhaps the high spirits of the contest can lead a spunling to get carried away, but please if you consider yourself to be a loser, do try to be a good one! No one is cheating here, and should you suffer from an Unspun Crash whilst engaged in the contest then direct your spleen at Uncle Spun, for he must carry the can for unspun bugs. Sam scored 35k points last night - he had a scheme for doing this, but that is one which is open to any who might discover the most efficient ways of harvesting the Spun... One is sure there must be some clues around here somewhere.

And so to the contests. As with most weeks EU Spunland was quiet in comparison to NA, but that did not prevent a proper spun contest for the Crown. Over the course of 4 Spun Storms and 3 Spun harvests the crown changed heads many times. Last week's EU Majesty BlueCirrus made a valiant effort to retain the title, and Atazagorafobia (spuntastic name!) and JohnPlayer67 made great efforts to take it, but were pipped to the proverbial post by sam_reynolds01 with his mighty 35k points! Which also, given that he was 18th Spun Majesty of NA, meant that for a whole 4 hours he was King on both sides of the Great Atlantic! Truly, all hail!

North America was a different spun affair, all busy and bustling, but the contest was more constrained as our lady of the Spun StealingHearts consistently saw off all contenders, indeed without a doubt our new NA majesty must now hold the record for the longest time any spunling has managed to hold the crown throughout a contest. Uncle Spun was most dizzy from concentrating so much on following her! This is not to say that there were no contenders, far from it, ReccaWolf and smokingpistol turned in fine performances, but alas could not match the 20k Spun of StealingHearts. Congrats again Spun Majesty! 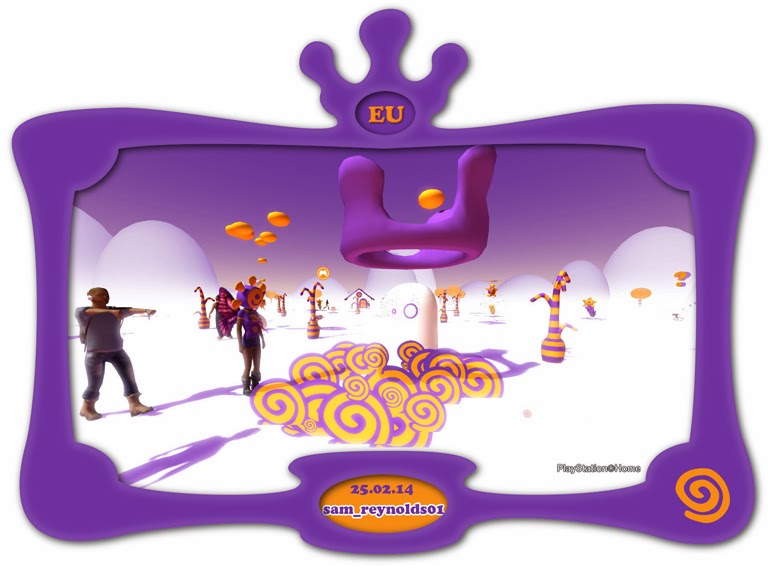 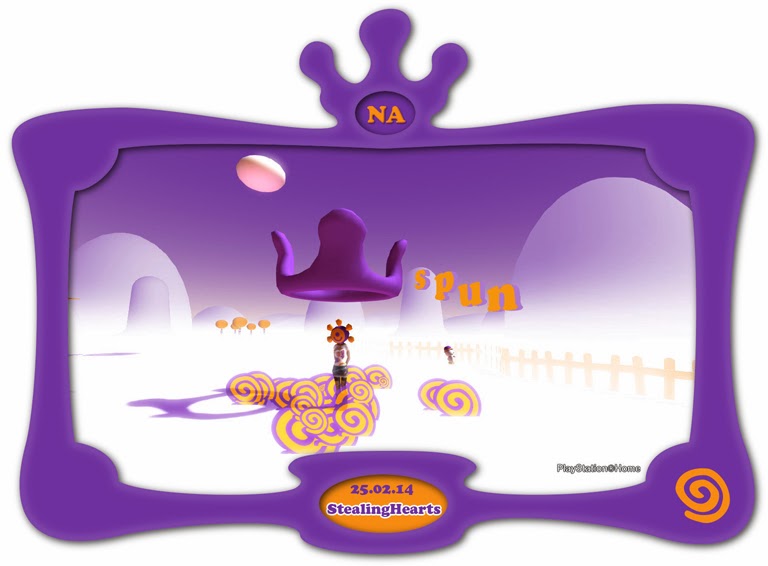 www.spunland.com
Posted by Uncle Spun at 06:39 No comments:

The EU coronation was a tad on the quiet side, quite possibly as Uncle Spun was so besides himself with odd humours that he started the Coronation a full 30 minutes early! For this please accept his humble apologies. Yes, it was a fairly quiet coronation, dominated throughout by BlueCirrus. There was an early appearance by the then current EU majesty monopolheat, and JamieBoyUK even managed a brief sojourn with the Spun Crown just after the 3rd Spun Storm of the Coronation, before losing it conclusively to BlueCirrus. Congratulations again majesty!

North America on the other hand was busy, second only to our special birthday celebration. Stealing Hearts, Spun Majesty of last week stood graciously by overseeing the frantic proceedings and what proceedings they were! Although many spunlings managed to take the crown for a spell the real competition was clearly between sam_reynoldsUS, ReccaWolf and the spuntastically attired smokingpistol! Yes these 3 fought it out amongst themselves with sam reigning supreme in the end, again. On must remark that sam_reynoldsUS and smokingpistol now tie for the most number of times any Spunling has been King of NA !(3 times each - although sam_reynolds01 has been twice EU majesty).

Special mention must be made to all of those who stayed to chat, congratulate the new King of Spun and pose for more spunderful photos, Uncle Spun will have to find suitable place for posting the best of these! (you can see all kings of Spun Past here). Yes, spun thanks to Akina8373, lilmonstersmiler, Stealing Hearts, phatso64 and the rest! Hope to see you all next week, when Uncle Spun will get the time right - that's a Spun Promise! 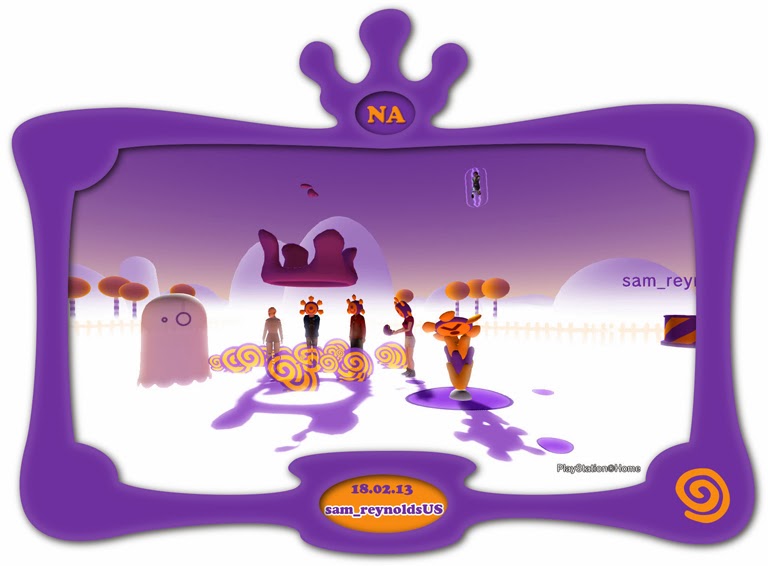 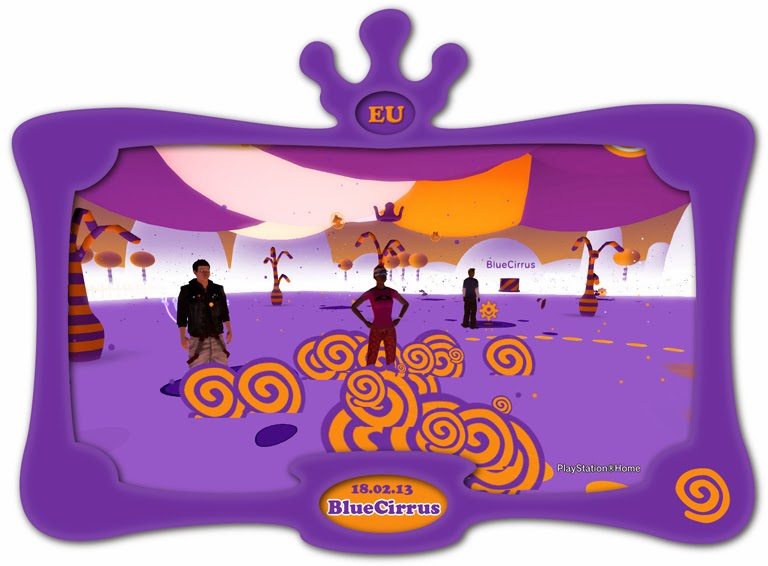 www.spunland.com
Posted by Uncle Spun at 07:14 No comments: 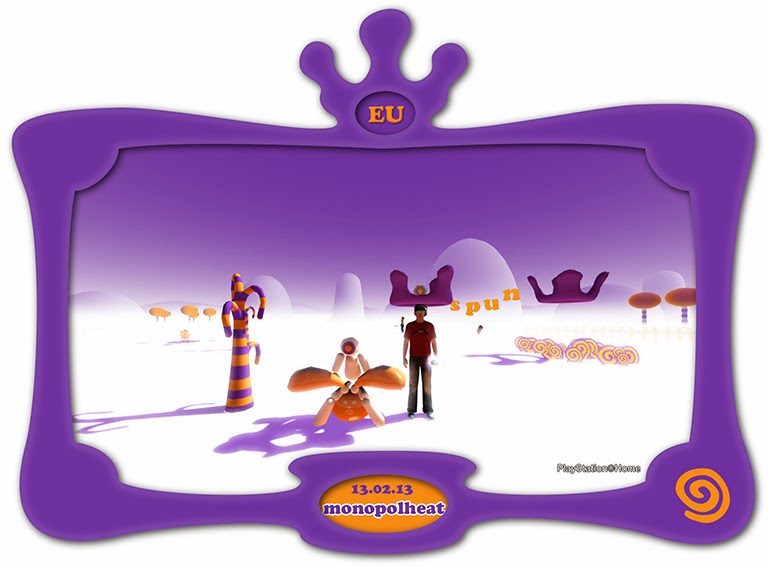 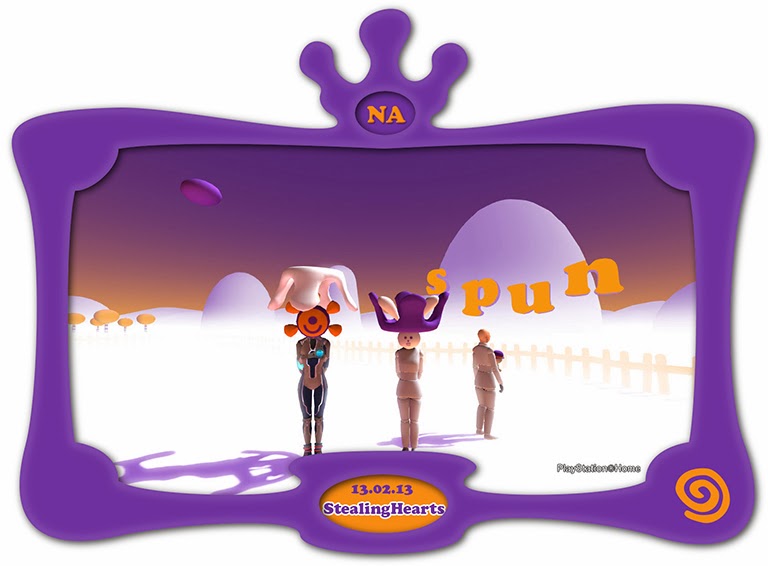 And so to the ins and outs of the latest improvements to the great Spunland Pipeline. The Spun Engineers have been hard at work for more than a mortal month on tweaks and tucks to bring you the latest in fresh Spun.

First up there are 4 new rewards but the length of time that all of this work has taken resulted in no small amount of Spun Point inflation, and even though the cost of all of these new items may seem somewhat expensive compared to those that originally made their début in the Bank of Spun, we are aware that there are many of you with so many Spun Points already that you may be able to purchase them all immediately. It is just not possible to keep up with the prodigious generation of Spun! The rewards are 3 new Character Cubes (furniture item) and a Flying Rabbit Spunner Companion.

We will not list all of the Spun changes here, for that would spoil the surprise and with all things Spunwise we would rather that you experienced them for yourself, but to give some idea, and a reminder of things that you may have forgotten:


The Kings of Spun

From the 13th of February the weekly Spunland Coronation contest will finally be exactly that; a contest. Gone will be the days of competing against the unspun bugs to see who can grind spun for the longest without having an unspun crash! No longer will Spunlings be able to harvest Spun for up to five hours, denying any who arrive near the coronation time a chance to win the Spun Crown! Yes, the new contest will last a mere 30 minutes.

Uncle Spun will leave his post at the Spunland Shop and announce the start of the contest as always. All who are present, and those who arrive later will be asked if they wish to compete, doing so will bank any Spun Points you have, resetting your current score to zero (don’t worry it is saved for you – the points are not lost). Only those who are taking part in the contest will be able to take the Spun Crown whilst the contest is active. You will only be able to claim the Spun Crown from its current owner if you have more Spun Points than they.

Uncle Spun will coronate whoever has the Spun Crown at the allotted end time, gifting them the new Spun Crown LMO. Our new, freshly coronated Sovereign will then have the opportunity to have their photo taken that they might appear in the Royal Register on the Spunland website, and Uncle Spun’s musings on the particulars of the event will be published here the following day. The new reward is a purple Spun Crown LMO, which unlike the previous white incarnation will boost the wearer’s movement speed.

We are aware that some dodgy bit-fiddlers (that’s spunnerese for ‘hacker’) have a cunning way of obtaining Rewards that should otherwise be earned, but mark; they will never appear in the register of true Kings of Spun, regardless of what treasures they have garnered by theft!

Hope to see you in Spunland! Have a Spun day!