In the time know as 'The Great Denial' there was much confusion. No one knows what scribe took on the grave responsibility of recording the Spunland Coronations during this period, so none can vouch for their veracity. In the 'Annals of Spun', the 51st Coronation is recorded thus:

The dark omen of the spurned Crown hung over Spunland EU; the contest did begin as the harvest blossomed but none took up the crown until it passed, whence monkeyshadow took it and held it firm until the Spun Storm did wither it away to nothing.

Re7e_SqUaLo became the first Harvest King, losing out to monkeyshadow who would have seemed the strongest contender to many, but then sam_reynolds01 decided it was time to warm his ghostly head and did so until he felt the first drops of the Spun Rain when he dropped it, as is his habit. There are those who say that the Spun Crown belongs to Sam, others just borrow it as he sees fit. solidus299 spotted his opportunity and so ended the second cycle in control.

DUB took up the challenge following the second harvest, but soon lost out to NK-NIKKLAS, then solidus299 stepped in again. Rising-Death-85- then entered the contest, proving a tenacious contender; sam_reynolds01 may have taken his crown back, and although monkeyshadow took advantage of Sam's storm drop, it was Rising-Death-85- who ended the cycle and indeed begun its succesor, indeed only he and sam_reynolds01 managed to lay claim during the fourth cycle.

And so it seemed as though Rising-Death-85- would be crowned 51st EU King of Spun, having taken the crown as soon as it spawned for the fourth time he held it until 2 minutes to the coronation moment when Imhokh did suddenly appear and claimed the crown and thus the title for his own with 14,506 Spun Points.

The dark omen of the spurned crown, having no release in the EU carried over to NA. What is there to say of this most unspun historic episode? The coronation started as did its EU sibling during a Spun Harvest, XxDeathFallsxX and goddessbunny42 both looked like serious contenders to the title, when some 20 minutes in a freezing wind rushed through spunland, as though a hole had been torn between here and the Unspun Crash Void. All were petrified, even the Spun Trees became statues and were stilled in their infinite dance.

But the Spunlings were not to be stopped so easily. Some minutes later all gathered again in Spunland, and the 51st Coronation began for the second time... WWEKILLER1989 stood statue like with the Crown as though still afflicted by the void when UncleSpun took the crown and held it for one whole cycle.

goddessbunny42 took the lead following the second harvest, dxkills16 temporarily ended her regal ambition before lilmonstersmiler snatched the crown away only for goddessbunny42 to take it back and end the cycle victorious.

The final harvest began with lilmonstersmiler as Harvest King, but dxkills16 seized it from her, and it would seem that this were done mostly for fun than ambition as she let out a great scream when she accidentally won, and was crowned 51st NA Majesty of Spun on 18,135 Spun Points... 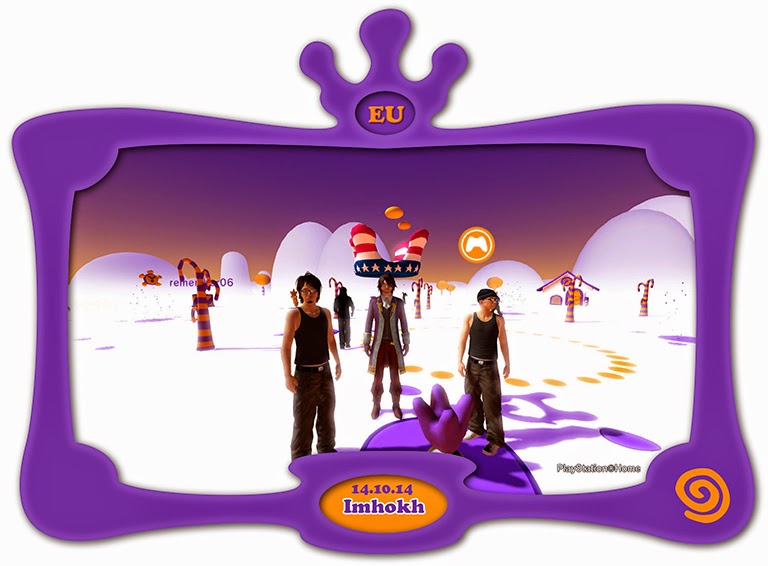 www.spunland.com
Posted by Uncle Spun at 07:58