The 34th King of Spun and Much News!

Spun Salutations to all Homies, Homelings, Spunlings and all other lovely people. All Hail MAXMALO, 34th EU King of Spun, details of his busy coronation and the North American contest can be found far below, but first Uncle Spun has much news to relate.

Today sees the latest Update to Spunland itself, the publishing of the Spunland Mega Bundle 1 and the AlphaZone4 reward items, and other news besides, but in case you have found your way here to see what has changed in the land of Spun have a read of this list:

The Spunland Mega Bundle1 brings a spuntastic collection of Spunland items at a very reasonable price. You can watch the video here. At the risk of cluttering the page with too many lists, the bundle includes:

Today also sees the release of a set of new reward items madmunki have created for the spuntastic AlphaZone4, which includes a new Picture Puzzle proudly bearing the spunderful artwork of May2009 as one of the puzzles. You can get your reward codes and all the details on the AlphaZone4 website right here (although at time of writing they have yet to appear).

Talking of Picture Puzzles, we have finally published a fix to Spunland Picture 4. It transpires that the 4th puzzle was unsolvable and for this knowledge we are indebted to the ever majestic Sam Reynolds (and others). When Uncle Spun created his first Picture Puzzles he was not aware that it was actually possible to create an accidentally unsolvable Picture Puzzle, in fact it turns out that a half of all possible tile layouts in such puzzles are impossible to solve, so it is near miraculous that the first impossible puzzle was actually the last one on our second Picture Puzzle item! To make amends for Uncle Spun’s ignorance we have added a 5th Puzzle to Spunland Picture 4 and consequently also another small reward for those canny enough to solve it.

Improving all things Spun is a subject never far from the fevered minds of the madmunkis and your help in this quest is always appreciated, to this end Uncle Spun must extend thanks to the Esos Dioses Del Home crew who made many spuntastic suggestions at the Q&A last Wednesday and also to phatso64 who gave Uncle Spun a tour of his spunderfully decorated Spunland Cottage just the other night. We will hopefully not be the only ones to owe thanks to phatso64 as his insight will almost certainly lead to some especially Spun Updates to the Spunland Cottage in the not too distant future. Which leads us to future updates... Yes, Uncle Spun is pleased to confirm that the next new Spunland theme will be that celebrating the eternal spirit of independence in the form of the 4th July Celebrations . Details will follow soon, but for now one can say that with the new theme will come Special Coronation Crowns which can only be won when the theme is active.

Before moving on Uncle Spun has one final announcement courtesy of the Skeptical Duke of Spun, who would like you to know that you can now sample the first of his madmunki labours; converting Glen Corpes' Topia World Builder to Android, and you can find it here.

And so finally to the Coronations, first we have the least controversial and must congratulate MAXMALO once again, our 34th EU Spun Majesty! Spunland EU was as busy as ever and Kelly_Kelly_K2 got us off to a bashful start by letting Windfleuchter_74 swipe the crown from her at the start of the contest. Hennryke in huge Robo Spunner form competed with sam_reynolds01, luukhoekstra and MAXMALO in a constant tussle broken only by the advent of an unspun crash which sent Uncle Spun spinning momentarily to the void. The contest was soon rejoined however and despite a Harvest King gambit by Leyre14 MAXMALO stomped his way to victory! Spun Congrats!

Spunland NA was quiet, indeed as lilmonstasmiler2 put it, ‘too quiet’. Uncle Spun finds that he has a predilection not just for the use of big clever sounding words (not to mention small silly words) but also for pattern finding, or perhaps it is just a keen appreciation of synchronicity. For example on the one occasion when we had our portmanteau glitchking Spunland was arguably too busy, that is the one occasion where  we had two instances of the contest running, which seemed most fitting with the outcome, just so with the 34th NA contest – the lack of competitors was most appropriate for a trollking win.

There were only 3 harvests over the duration of the contest as there were so few clouds being created and Uncle Spun found himself dallying by an unclaimed crown for much of the time. limonstasmiler2, SuperMacho69 and dxkills16 all laid claim at times, and Akina8373 induced some smiles by scouring Spunland in the form of a monstrous T-Rex, but following the final harvest the Troll saw it’s chance and stole the crown. dxkills16 made a valiant attempt to take it back, but alas the Troll won out. For a minute Uncle spun considered what to do, he knew where this path lead, down under the bridge to the dank haven of the unspun uglies, should he follow? On this occasion the answer was no, the rules would be adhered to and the troll could have its crown if it mattered so much.

When a player appears during the Coronation Contest they are presented with a choice to take part or not. In the interests of keeping things brief (admittedly not a rule Uncle Spun follows here) we do not say ‘By choosing to enter the contest you are consenting for the reproduction of your avatar’s image and the use of your PSN id as the identity of the current King of Spun’. We like to think that this is implicit in taking part in the contest, but it seems that Spunland exists within the context of a sometimes scarily litigious culture and ‘implicit’ is not quite admissible in a court of law. How dull and unspun. The troll can keep his crown, defended as he is by a veritable army of unspun lawyers and Uncle Spun will try very hard to keep his brother Uncle Unspun at bay, his sinister sibling whispers to him in the dark alleyways of the night, think what we could do he says, bring on the watchers and release the unspun, let beauty decay as it inevitably must! No replies Uncle Spun, battle not with monsters lest ye become a monster, and if you gaze into the abyss... 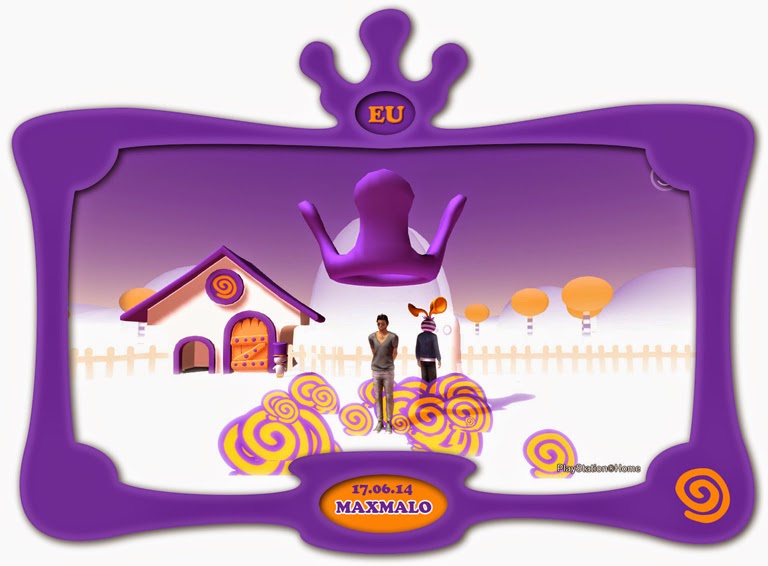 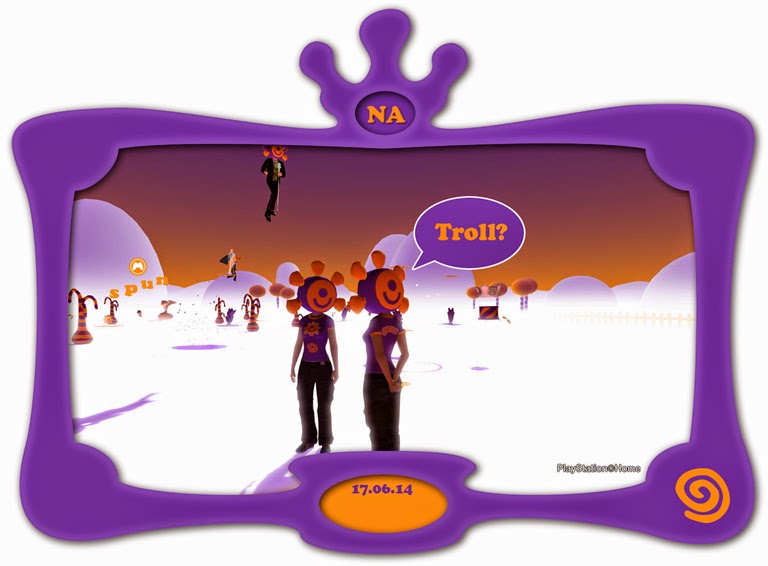