Endings, Beginnings and the 49th Kings of Spun...

On that day Uncle Spun was rudely awoken by the bell. It had been such a long time since he had heard it ring that he had quite forgotten what it sounded like. As it happens it sounds a lot like the siren which heralds the start of a Spunland harvest. Who could possibly be at the door? Indeed so perturbed by this he was he did not realise that for the first time in a month he had experienced a dreamless sleep. No cats or boxes or whispers of the queen, just sound, peaceful sleep.

There was no one at the door, but laying on the Spun Welcome mat was a red envelope. His little Spun heart skipped a beat as he read the terrible title of the letter 'Notice of Eviction'.

Due to the escalating costs of existence and sundry other issues this world will expire 178 days from now. We apologize for any inconvenience this may cause. Yours regretfully, The Management.

Three times his head spun round completely. 'This world will expire 178 days from now'. By our Gracious Majesty, what could this mean? Like a wind-up toy Uncle Spun traversed the Mansion colliding from one wall to the other until he found himself in the basement where toiled the Sceptical Duke of Spun.

'What ails you Spun?'

A single orange tear rolled down his rounded face as he passed the awful message to the Duke.

'Hmm. You knew this moment would come. We all did, If not today, maybe tomorrow or the day beyond.'

Uncle Spun could not respond. He knew it to be true, the dreams, the graffiti, the yearning for a time machine and all of the other smaller ominous omens. The end was nigh.
'Wait here'. The Duke began to rummage among his great machines and soon returned with a bruised and soiled envelope. This is for you.

With a trepidation approaching terror Uncle Spun opened the greasy envelope and for the second time that day his heart skipped a beat.

I know the day you read this will seem the saddest you have known, but remember that every ending is but the prelude to a beginning, just as the Spunflowers must die that another harvest may follow, so it is with all things.

I know you will have fulfilled your duties with diligence and decorum, and my only regret is that I never made it back to see our spunderful world and all it's beautiful Spunlings. Enlist all those you can to build a brave and better future, and perhaps one day we may dance again under Spun skies. Until then, may the Spun be always with you...

Your ever admiring Queen of Spun x

The little robo quivered, sobbed and shook, for ultimately that is all he really was - a little white robo with a great purple top hat and a spunificent moustache. And it is well that he was, for once those tears were dry it would be back to his duties. There were 178 days left and not a one of them should be wasted.

When the 49th Coronation rolled around Spunland EU was as busy as ever. MiiSs-Brunette claimed the crown as a Spun Storm raged, then perhaps as a sign of the changing times madmunkid swept in to become the first Harvest King, but not for long; poetic justice electrified the air as Spunling smartly snatched it. sun-black1234, sam_reynolds01 and archking all managed claims before MisSs-Brunette ended the first spun cycle in possession once more.

The same spuntastic cast  played out the second cycle with archking beginning and sun-black1234 ending. In the third we had many newcomers, GAMEZXSTE was our third harvest king, then RAZAN1105 made his debut before madmunkid struck again only to be beat once more by Spunling. sam_reynolds01 reminded all of his powers before discarding the crown as the next storm began, hotbunny4life saw her chance but soon lost out to the spuntastically named neotopian who in turn yielded to archking.

The final cycle was dominated by Spunling, with sam_reynolds01 being the only other contender and so Spunling was crowned 49th EU Spun Majesty on 43,245  Spun points. All Hail!

Across the Great Atlantic in Spunland NA all things spun were even busier. So many were the names and swift the swapping of the crown that it was almost impossible to take it all down, for this apologies. Gamechamp3x got us started, followed by snakewalker then goddessbunny42 - who from where one observed seemed to have the Spun Crown in the sky!

quansalters was the first Harvest King, then destroyuall1418 made their first play before goddessbunny42 snatched the crown back only to lose it swiftly after to the Ren_Echo - the mightiest Spunsmith of them all! The second cycle brought Tevin-The-Gamer to the claiming and dxkills16 but once again Ren_Echo ended the cycle victorious. The third saw more exchanges of the crown than previously ever seen, at least 12 times it changed heads REBEL-RU2 took the harvest title, then the throng was joined by many others among them sam_reynoldsUS, Orbizart, fireball, isaacalvarez and XxDeathFallsxX. XxDeathFallsxX claimed Harvest King of the fourth, then Orbizart fought a valiantly with goddessbunny42 and sam_reynoldsUS, but ultimately lost out to dxkills16.

The fifth harvest, a thing so rarely seen was owned by dxkills16, who triumphed most convincingly on a spuntastic 36,960 Spun Points, becoming the 49th NA Majesty of Spun! All Hail!

Next week will be the 50th Coronation, and marking this momentous occasion will be the advent of the Orange Spun Crown! Tuesday, 7th October, Spunland EU 9 - 9.30pm BST and Spunland NA 4-4.30pm PDT/ 7-7.30pm EDT. Until then, Stay Spun! 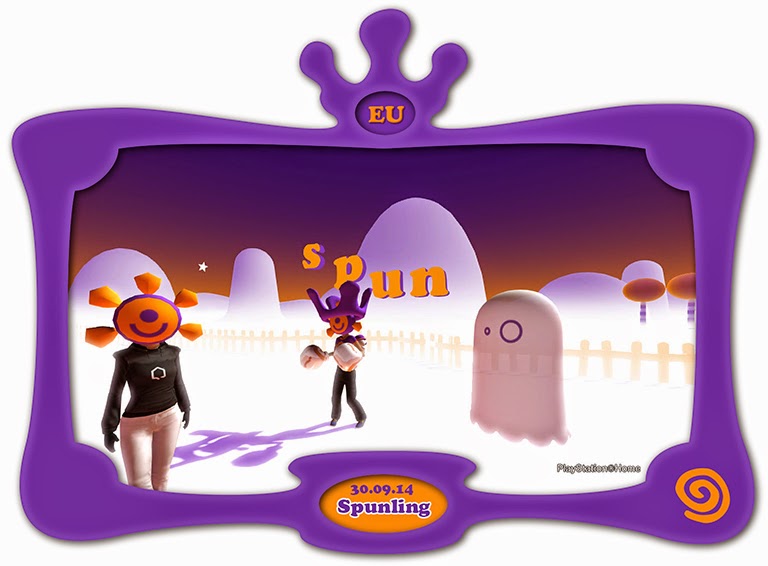 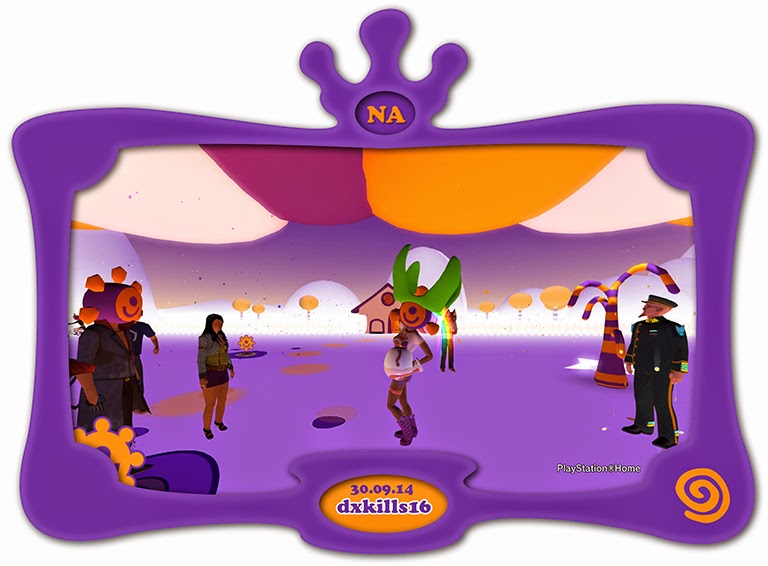 www.spunland.com
Posted by Uncle Spun at 12:43