The One and Only 50th King of Spun!

Pinned to the door of Spunland Mansions a ragged piece of parchment flutters feverishly in the wind, it's crumpled surface covered in spidery hand written text:

The 50th Coronation took place in the period later referred to as 'The Great Denial'. Many expected that a grim pall would suffocate the regal contest, but were proved wrong as events unfolded... Spunland EU was thriving with serious contenders, for it was well known that on this day the Orange Spun Crown would finally make its debut.

axkoula13 was the first to claim the crown, and save for one other brief shot was soon out of the match. sam_reynolds01 wasted no time in announcing his intentions, taking the crown from axkoula13 then dropping it as the Spun Storm seethed to see archking take it and end the first cycle in possession. Quick off the mark, archking became the first harvest king of the longest spun cycle of the contest. There were almost too many exchanges for any to note all of the names which went rushing by. pfasther1, madmunkid, JohnPlayer67, elruso12 and APPIE1615 all struggled with sam_reynolds01, who once more executed a storm drop to see archking seize the moment again.

The second harvest should have told all but the dullest of observers how this day would end; archking executed a Harvest King claim to soon lose the crown to sam_reynolds01, even at this point none could best sam's spun score but westyboy1999 seized the opportunity of sam's storm drop to end the third cycle victorious, and as archking often has, went on to claim the Harvest King position on the passing of the storm. madmunkid ended westyboy1999's ambition and in turn was ejected from the contest by JohnPlayer67. Imhokh, majesty of old reminded all of his form by taking the prize from JohnPlayer67, but then surely none were surprised when sam_reynolds01 effortlessly claimed the crown once more and evincing his storm aversion dropped it for archking to have one final turn.

peerhoofd was last Harvest King of the contest, then sam_reynolds01 made his final claim - none could stop his rush to victory, and so it was that he was crowned the 50th EU King of Spun with 56,408 Spun Points.

Many former Kings arrived in Spunland NA to test their mettle and claim the Orange Spun Crown as their own. WVSTEALTH was the first to try, but was easily best by UncleSpun himself before he was trounced by XxDeathFallsxX in giant football form. bestscreenname claimed next, but WVSTEALTH having revived his score won the first cycle.

The first Spun Harvest saw XxDeathFallsxX take back the crown, then past majesties Akina8373 and dxkills16 joined the fray, although XxDeathFallsxX put up a stern fight and WVSTEALTH staked his claim too, it was Akina8373 who brought the first full cycle to a close, and went on to start the third. Then sam_reynoldsUS stepped in. Somehow UncleSpun claimed next, was it from a storm drop or did he really have a greater score than the EU King? Few knew and less most likely cared as lilmonstersmiler swiftly put paid to UncleSpun's misconstrued regal ambition. Akina8373 and XxDeathFallsxX fought out the remainder of the cycle, with Akina8373 winning out.

lilmonstersmiler claimed the crown following the third harvest until Animestar5 intervened. Akina8373, dxkills16 and WVSTEALTH tussled their way through the remainder of the cycle, with XxDeathFallsxX beating them all to end in regal command.

Newcomer Aisha_Dangereuse swept up the freshly spawned crown as the final harvest began. Akina8373 easily snatched it away and then sam_reynoldsUS with the an unbeatable confidence and 55,059 Spun Points took what was clearly his, and was crowned 50th NA King of Spun. For the second time in the history of Spunland one King reigned in both territories, for the second time that King was Sam Reynolds, and for the second time ever the Orange Spun Crown was won!

Perhaps it was the momentous occasion which resulted in all 5 crowns being present; Spuno'ween, 4th of July, White, Purple and Orange were seen upon the heads of the erstwhile Spun Majesties as they celebrated Sam's historic win (dxkills16, smokingpistol, lilmonstersmiler, sam_reynoldsUS, abhraham_us and Ren_Echo). And so ended the Coronation of the 50th King of Spun! 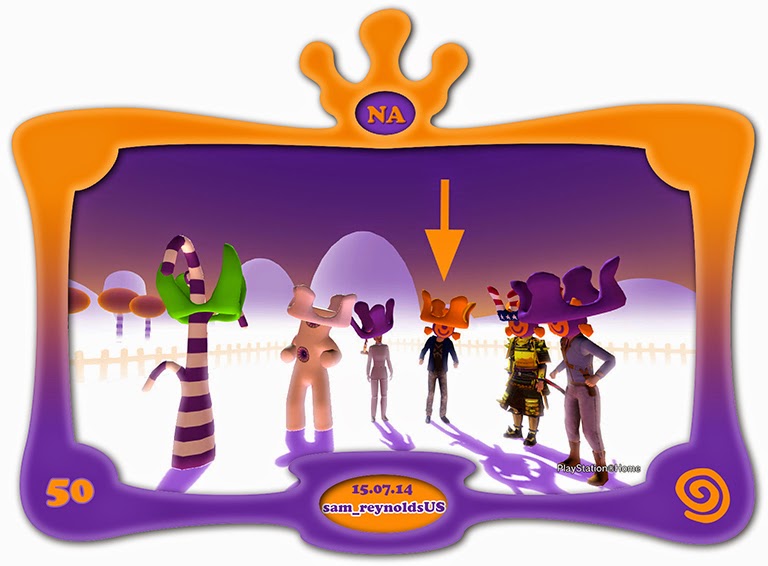 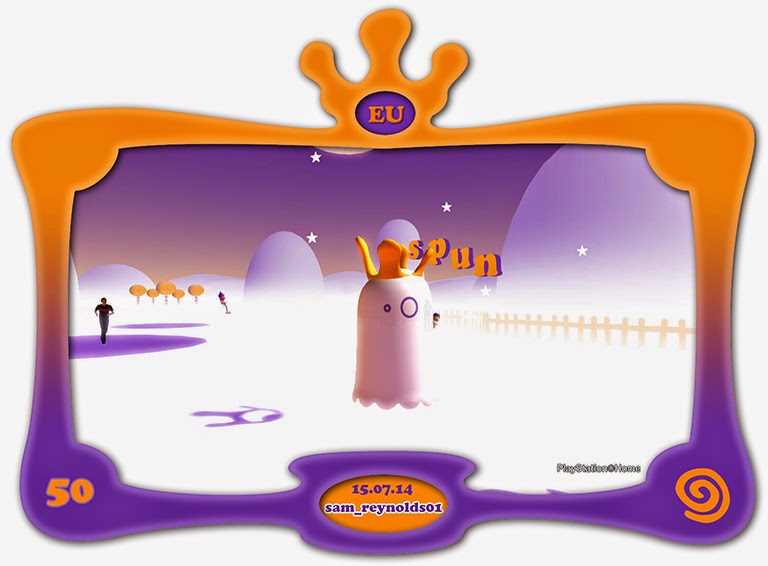 www.spunland.com
Posted by Uncle Spun at 15:35