Spun Salutations dear reader. Uncle Spun generally tries to devote a similar amount of words to his reporting on the Spunland Coronations on both sides of the Great Atlantic, but today he is not even going to try as he is still SPUN OUT by the 29th North American coronation which is going to require quite a few words to cover... So before launching into this tale of spun trauma let us get all of the announcements out of the way: All hail luukhoekstra EU King of Spun and lilmonster-Matt92 the two headed North American majesty!

Later today we will announce the winners of the Spun Fun One competition, begin a new competition and point your considered attention to this other Spunland Art competition being run by the spuntastically lovely people at AlphaZone4 - who (we only found out last week) announced Spunland as the best Home Game of 2013 according to their users! Callooh, Callay!! Big Spun thanks to all! Oh and the winners of the Spunland Cottage competition have not yet claimed their rewards, so if you happen to know Chica La Bonita or Shannon Offer could you please tell them to contact us via facebook so that we can send them their codes. Many Spun thanks.

There has been much clamoring of late for new rewards to spend spun points on and we are pleased to announce that such will be arriving with the next update to Spunland, coming in the middle of June, to be followed not long after by the next big Spunland Event which will be... Independence day!

For anyone who owns Spunland Picture 4 - the slidy picture puzzle game (Minigame / wall hanging), it was pointed out to us by the ever perceptive Sam Reynolds that the final puzzle is unsolvable. This has now been fixed, but the fix will not go live until the next Spunland update in June (specific date to follow) - to make up for our shoddiness here there will be an extra puzzle and reward added when the update goes live. Oh, and similarly should anyone have found the picture puzzle on the Spunland website impossible, well it is definitely fixed now too!

And so to the 29th EU coronation. It was a quiet affair this week, contested mostly by familiar faces and yet far from acrimony free. Majesty luukhoekstra successfully defended his title against sam_reynolds01, MAXMALO, GlassReaver and a handfull of other spunlings. And this I am afraid is all Uncle Spun will say as he has to get on to...

The 29th North American Coronation. It happened thus: Uncle Spun found his way across the Great Atlantic, in to-be-honest a not entirely sober state. He arrived in Spunland to find it worryingly busy, the more people, the more chance of an unspun crash. Anyway, he set to work revealing trees and then took up his usual position by the shop. There was no sign of Spun deDuke, or even of many familiar names, despite the mass of spunlings. How very spun, he thought. Then a couple of minutes before the appointed time his phone rang. It was Spun deDuke. deDuke was in another instance, and so after a very quick discussion we thought; why not run two coronations at once, after all that meant if anyone else appeared they would at least be able to join in one contest. No sooner did Uncle Spun begin the event than he started to wonder at the wisdom of this, for now we would have two 29th NA Kings of Spun...

The contest itself is simple to relate, as it was dominated by Darth-Matt92 in a way reminiscent to StealingHearts first win some time ago, which is to say almost no one else got a look in, other than bambina-chocola, our only Harvest King of the contest. Yes, Darth-Matt92 lead Uncle Spun a merry dance as he weaved his way through Spunland on his skateboard. Then on being crowned he explained that perhaps he should not have won as he was cheating, he thought. Our 29th Majesty had glitched his way to the top of the regal tree on his skateboard LMO. Uncle Spun must express his respect at Darth-Matt92's honesty, and thank him for enlightening Uncle Spun on the subject of glitching, of which more in a minute, but first here are the words written by Spun deDuke on the Coronation which he conducted:

Glitch winner this week in the second instance of Spun-King Competition is lilmonstersmiler.

Miracleloves and tiekiller had a good go at claiming the crown for short periods of time - each about 4 goes -  due to double points from the shop and killing the spun while wearing the crown lil' kept the game well in her court while rocking about Spunland at great speed with her already won Spun King Crown LMO via 'glitch'.

Well there you go - you find ways to win and use them - it's all about survival of the fittest - if you can't beat 'em  clean, cheat 'em mean.

Xuter5 and SuperAlexstar and defo505 for a quiet moment got the crown - but with 20,200 points lil' ruled the land with regal cheatin'.

Whilst we were creating the first version of Spunland Sony brought the wonder of LMOs to Playstation Home, which as I'm sure you know, among many other wonderful features, enable the player to move up to twice as fast as normal. We thought that this was just great, but at the time (and I think it is still the case) LMO's could not be used in 'Minigames', presumably due to issues regarding memory and the assignment of animations to avatars. Anyway, we wanted to make sure that players could use LMOs to catch rabbits, indeed the idea of creating an environment where the players could have fun playing a game on their LMOs, rather than just being able to use them to navigate the avenues of Home filled us with much excitement, and so Spunland was created in an unusual way. This is why Spunland automatically attaches you to the game when you enter Spunland, and also why you can 'quit' Spunland and continue to play. Indeed you can only play Underspun if you do this. The only things you cannot do when you quit the game but remain in the space are: plant seeds, take the Spun Crown or visit the Bank or Shop. If we could have, we would have set up Spunland  such that you could use your LMOs at any time.

So glitching is not entirely cheating, it does in effect let you play in a way that we would always have liked. It is however a little unfair on all those who do not do the glitching thing, but all that it will do is give the glitcher a slight edge to earning Spun Points, but no so much of an edge as some may think. Sam Reynolds, who has won the Coronation Contest more times than anyone, has to our knowledge never glitched and he takes full advantage of quitting from Spunland in order to use an LMO during the Spun Storm for rabbit catching. And so, this brings Uncle Spun to his next point, one which he has thus far avoided, but as deDuke blurted it out above, and as there has been much complaining of late at people winning multiple times, and now with admissions of 'cheating' nevermind accusations it would seem worthwhile pointing out a few tactics to help level the playing field:


Finally, if Uncle Spun has not already broken the internet by typing so many words he must risk a few more - what happens in future when we have two or more Kings of Spun?

Well, we will not be able to add any new logic to cope with this until the next update planned for mid June, so for the time being we will deal with it in an ad-hoc manner as the Kings in question allow. Next week if we end up with two Kings, both will obviously win their purple crown, but only one will be named as 30th King of Spun - we will invite them to our Spunland Cottage to compete in a short challenge there to settle the matter - if they wish that is. 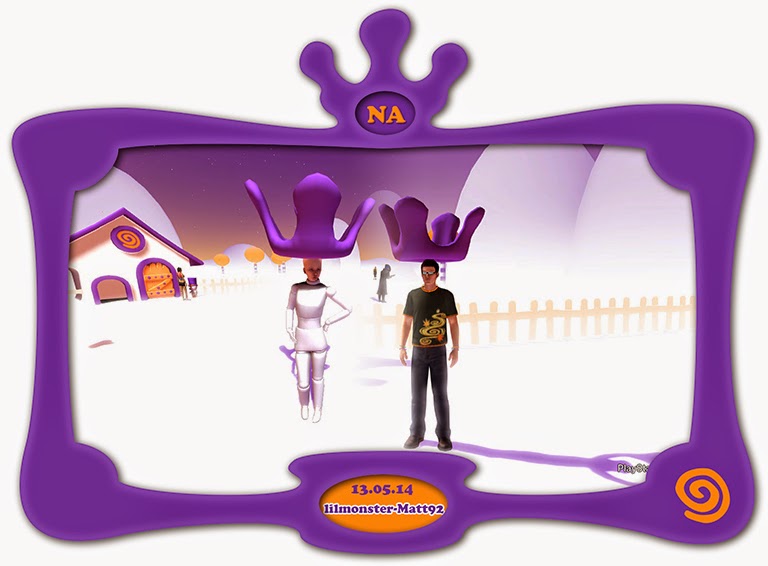 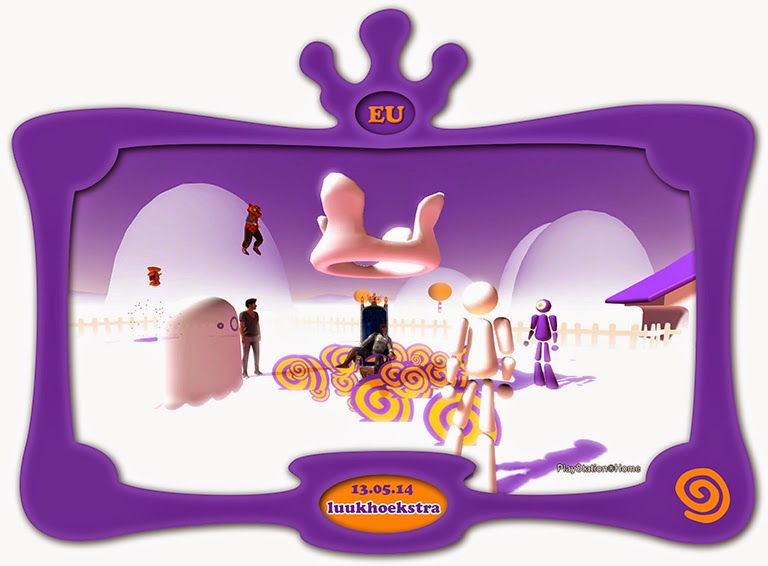 www.spunland.com
Posted by Uncle Spun at 11:16