The Unspun Tyranny of Time

And so it came to pass that Spunland entered its final days. The ever diligent reporters of End Times News noted the inexorable progress of the Killswitch countdown; the insatiable appetite of the Unspun Worms, the gradual draining of colour from the land of Spun, the shrinking of the hills and the lethargy of the trees. These were melancholic times, all the moreso as the final coronations would all fall on Spunoween. Was this some strange side effect of the calendrical calculus, that for two whole months in a row Spunoween would fall on a Tuesday, meaning the final Majesties of Spun would all be crowned in a land approaching true darkness, or was it some arch intention of the Architect of Spun?

It has obvious spunprints all over it, cried one enlivened reveller in The Spunner's Arms, I have seen its sort before - those that arrive after the coronation starts will find themselves in Spunland, those before in Spuno'ween - at least on that side of the Great Atlantic it will! Why, what an incredible fact! echoed another equally merry drinker, before the ever-wise landlord poured cold spun ale on their conjectures. If you forget the counting of the clocks that is! On the 8th of March the clocks sprung forwards ha! And I've heard tell Spunland mansions is not as empty as seems - some have seen lights on in the dead of night, and that Flusho in the grounds looks more like a steed than a grazer to me. Last orders gentlmen!

To the crown contenders it mattered not a jot whether it was by coincidence of contrivance, still they arrived to lay claim to the crown, some in Secret Spunland where the hills remained proud and tall, others in the inky blackness of Spunoween where the rabbits were all but invisible. But the wistful nature of the contest was plain to see. For long stretches of time the Crown would float unclaimed, as though too painful too bear. Where once angry words would fire between contenders at the contest's conclusion now apologies did own the air. The Spun family, once divided by competition were now united in melancholy. Who would dare take the crown when the number of heads left to carry it could be counted on one fully fingered hand? But they need not have worried, for it was their love and devotion which stole the bitterness from those sad times.

For some Spun reason the penultimate coronations were to take place at a slightly altered time, why would any risk such confusion at so poignant a date? Tuesday the 24th of March, 8 - 8.30pm GMT Spunland EU, 7.30 - 8pm EDT / 4.30 - 5pm PDT Spunland NA. 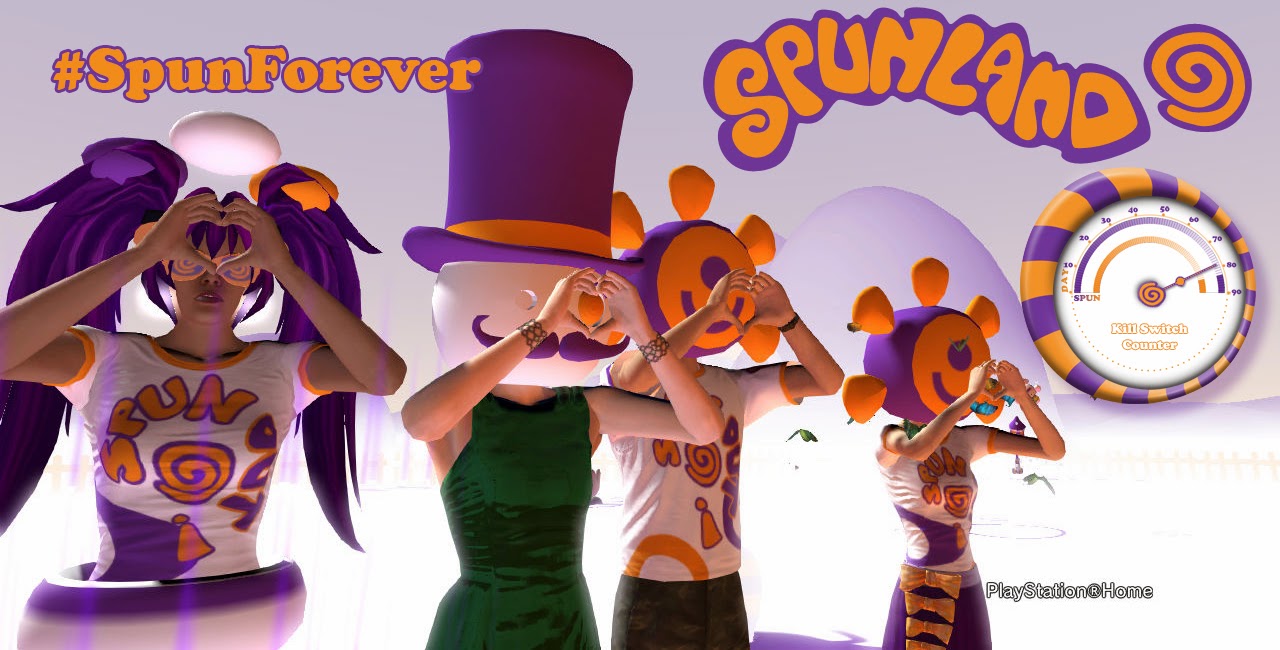